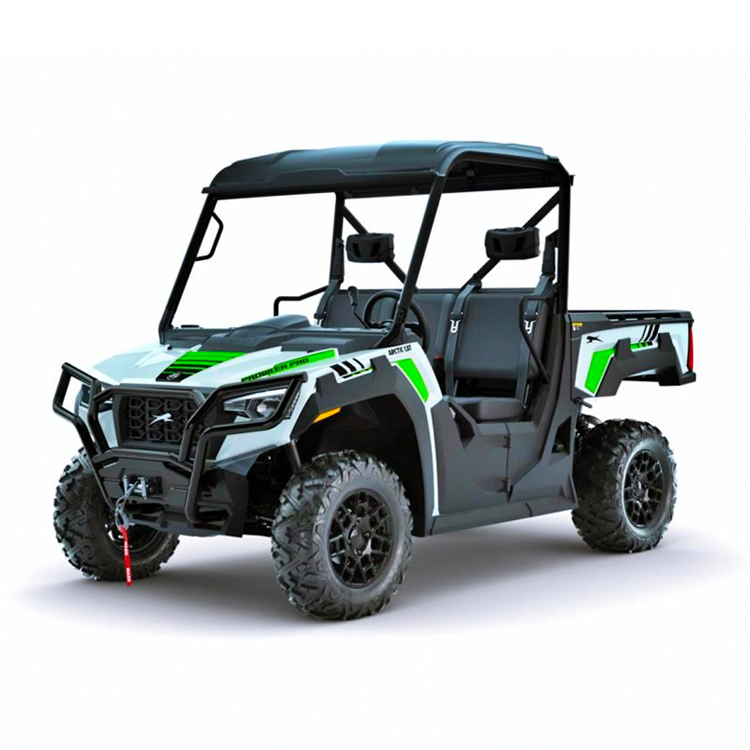 ​Buyer's Guide: A Comprehensive Look At Winches For The Arctic Cat Prowler And Wildcat

Buying an Arctic Cat Wildcat winch or an Arctic Cat Prowler winch isn’t a difficult feat to accomplish. What is difficult, however, is buying a high-quality UTV winch at
read more

​What Is The Top Speed Of The Arctic Cat Wildcat And Arctic Cat Prowler?

Although you might never max out your Arctic Cat side-by-side, it’s still fun to know how fast it can go. Those who own Arctic Cat Prowlers are typically more focused on utility, w
read more

​How To Lift Your Arctic Cat: A UTV Lift Kit Analysis

Whether you’ve got a Wildcat XX or a Prowler Pro, there are some places that you simply cannot go without a lifted Arctic Cat side-by-side. And although there are several approache
read more

As the two main contributors to your vehicle’s unsprung weight, the size of your Arctic Cat Wildcat and Arctic Cat Prowler tires and wheels is important. But in addition to th
read more

About Us: The Everything Arctic Offroad Cat Story

Everything Arctic Cat Offroad is a firm that’s owned and operated by off-road fanatics. Some of us got hooked on off-roading while riding shotgun in a 4x4 pickup on the way to the fishing hole. Others among us caught the off-road bug after we were allowed to man the steering wheel over bumpy back roads in our father’s Jeeps. Bottom line is that we all came up around buggies and rat rods, and became increasingly familiar with UTVs and side-by-sides as the industry progressed and proliferated. We don’t take sides when it comes to side-by-sides, nor do we ascribe to the belief that a person who owns one brand of UTV is better than a person who owns a different UTV brand. That being said, though, we are particularly fond of Arctic CAT, and find both their sleds and their side-by-sides mechanic works of art. As such, we decided to come together and create an Arctic Cat Mecca, where anything from aftermarket accessories and part upgrades to cleaning products and maintenance items can be found and procured. No matter if you’re wanting aftermarket wheels for your Wildcat XX or performance upgrades for your Prowler 700 HDX, almost anything can be found at Everything Arctic Cat Offroad!

The suspension system, clutching, drive shafts, and cooling arrangement in the Arctic Cat Prowler were all upgraded in 2022, so few changes were made to the 2023 Arctic Cat Prowler and Prowler Pro Crew lineup. One change you will notice, however, is that in 2023, Arctic Cat stopped offering their Prowler 500. Depending on the exact model, there are different options you can choose from like accessories, tires, etc. But aside from that, the basic platform for the 2022 and 2023 Arctic Cat Prowler lineups are nearly identical.

With regards to the 2023 Arctic Cat Wildcat lineup, the big news is the newly released 2023 Arctic Cat Wildcat XX Black Hills Edition. This vehicle is designed to be the mountain goat of Arctic Cat’s side-by-side lineup, and is decked out with features geared for rock crawling and hill climbing. It has factory rock sliders and bumpers for protection against rocks, stumps, logs and trees, massive 32” tires for additional ground clearance, and a gearing setup tailored for low-end applications like rock gardens and technical mountain trails!

Where colors are concerned, the 2022 Arctic Cat Wildcat XX and 2022 Arctic Cat Prowler models come in three different color combos depending on the edition: Fossil and Black with Spark Orange highlights, Medium Green, and Phantom Gray with splashes of Electric Blue.